What is the iPhone12 new technology LiDAR ?

Since the official presentation of the iPhone12 and all its variants, we have not stopped talking about it.

As with every new device that Apple brings to the market, tech enthusiasts or analysts try to analyze every detail that came with it. Whether you like it or not. 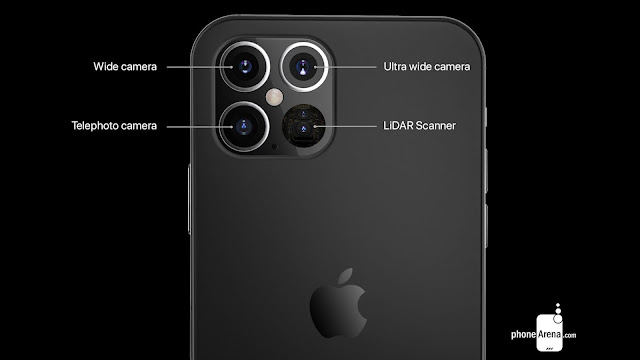 iPhone12: Development for the better

Among the innovations that Apple’s new smartphones bring with regard to previous 5G models, greater screen durability, and design that reverts to more square shapes or laser imaging detection and rangefinder, more commonly known as LiDAR.

For the first time, Apple includes in its phones a 3D laser sensor that magnifies image details, the same thing it already used in iPad Pro 2020.

LiDAR technology at that time came to the iPad Pro 2020 with a focus on the world of augmented reality. Now, with its inclusion in a smartphone for the first time, Apple is striving to implement its full potential in various fields such as video games, interior design or photography, among others.

Principle of LiDAR technology in iPhone12

In the photography department specifically, this technology will have a bigger impact on the average iPhone 12 Pro user.
LiDAR is a high-precision laser distance measuring system that makes it possible to determine the distance from one object to another.

This will allow the device to know the distance between objects that will be shown in the image. Everything is, of course, at an almost imperceptible speed to a human being.

Its operating system can be summed up in the laser emission leaving the LiDAR to the object being reflected and back to the starting point. Thanks to this path and the technology that makes it work, it calculates the distance and is able to determine where objects are located and the space between them.

We can class iPhone12 among the best deals that you can make it in 2020, other improvements that will appear in the iPhone 12 Pro cameras are clearer night photos, as they do not require light and therefore focus will be much faster, and clearer photos.